Networking is an important and valuable part of growing a business. Networking as a freelancer or sole entrepreneur, however, can be less than straightforward. Many “solopreneurs” wonder how to find the right venues for networking, how to engage peers and potential clients, and where it’s worth spending valuable time and money to make appearances. We reached out to people who have been making their living as freelancers and asked them what the secret is to effective networking. Here’s what they had to say. 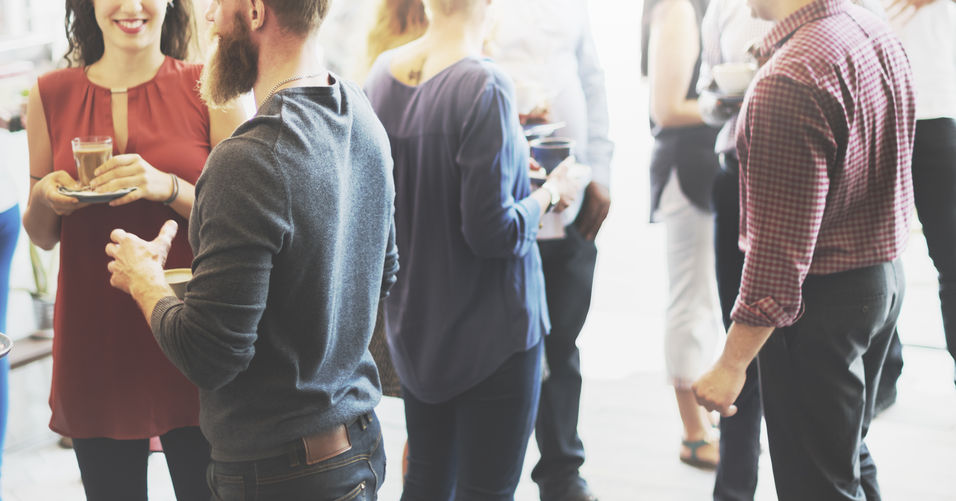 For most people, nothing can replace face-to-face time when it comes to getting leads, learning more about who’s doing what in your industry, and letting people know what you do. Without the built-in support and organization of an employer, freelancers have to be especially savvy about choosing where to spend that time.

Donna Talarico, an independent writer and content marketing consultant, says she likes to combine networking with professional development by attending conferences in her field. That helps her stay up to date on best practices and keep her skills sharp while also meeting potential clients and collaborators.

“I submit proposals for sessions at conferences, either my usuals or ones I dream of attending,” Talarico says. “Landing speaking engagements can mean a nice registration discount, plus the ability to stay visible in the field. I justify the conference and travel costs as a marketing expense, and also try to make a little road trip or vacation out of it too!”

Cristian Rennella, owner of Brazilian website oMelhorTrato.com, also advocates for event attendance, and recommends taking it one step further by stepping up as an event organizer.

“Being an organizer, you are the main connector of all the networking that will be generated in the event. And the best way to maintain these connections is to continue to carry out these events every three to four months.”

If hosting an event or attending conferences is too big a step, consider getting involved in local group, even outside the traditional networking format.

Melissa Ward, who runs NewWard Development, says she built a local client base partly by offering presentations to Chambers of Commerce to position herself as an expert in web design and social media marketing.

“I also volunteer with the Rotary Club, and help club members leverage social media to share their projects,” Ward says.  “I don’t sell, but again, by educating and being helpful, I have maintained my ‘expert’ status and obtained clients across the country.”

Think Outside Your Industry

While events and meetings with people in your field are valuable, expanding the scope of contacts outside your industry can be a great networking tactic, too.

Phillip Van Nostrand, a published freelance photographer in New York City, says “the people that I stay connected with are almost never photographers, but people in all sorts of industries. This past week I was at a painting and drinks evening at a club in New York chatting with therapists and brand strategists, did a conference call with a bunch of online entrepreneur friends, photographed a conference for wedding professionals, and attended a BBQ with friends (also networking!)”

“Make a concerted effort to ‘sprinkle’ your time and efforts into different networks,” Hager says. “For me, this meant attending industry conferences in social media, as well as health and wellness forums, graphic design conferences, book readings, and parties to celebrate people outside of my industry. These are the type of events where you will connect with people who may need and require your services but not know how to reach you otherwise.”

Some freelancers and sole entrepreneurs choose to connect online. Social media makes that easy to do, especially with the right strategies in place.  Kali Hawlk, a solopreneur running the  marketing firm Creative Advisor Marketing, says she’s leveraged social media to expand and grow her reach.

“You’re only one person, so scheduling a million in-person networking meetings can eat up way too much of the time you could be working on client deliverables,” Hawlk says. “I focus on connecting with people on Twitter and LinkedIn and having real-time conversations that serve as valuable touchpoints, and reserving in-person meetings for very rare or important occasions. It’s much more efficient to connect with more people over email or social media.”

Donna Glass, a PR freelancer in San Francisco, says she’s joined PR-specific Facebook groups. One in particular, comprised of women in PR, has been a valuable source of new business for her. Meeting other women in the business through that group has also given her new contacts and friendships.

Sid Bharath, a freelancer and consultant, says that Slack groups have been a fruitful networking venue for him. “There are thousands of groups for every industry, so pick the one you specialize in and start chatting. My best business relationships have come from that.”

Keep Track of Your Network

Once you’ve started making connections, it’s important to keep track of those relationships, many freelancers say. Janice Dru, president of Inkwhy, says she recommends sending out regular communications to check on how clients and contacts are doing, and keeping a database in which you can record when you’ve reached out.

Hager, of Overflow StoryTelling Lab, also recommends creating a document, spreadsheet, or similar system that allows you to organize the details of when you met a new contact and what you discussed.

“There are a ton of apps and systems for this, but find the one that best works for your lifestyle and business,” Hager says. “Continue to reach out to them once every four to six weeks in a meaningful way.”

What Not To Do

There’s also some consensus from freelancers and solopreneurs about what doesn’t work. Most agree that cold calling – or emailing – often goes nowhere. Shea Drake, a freelance writer and photographer says that cold contacting via email forms hasn’t been effective.

“Really show that you respect them and their work. None of my cold contact emails or contact form submissions brought me anything back. I sounded salesy and stupid.”

Nor does relying on friends, even those in your industry, parlay the same kind of networking success that going out and gathering leads does, says Donna Glass, the PR freelancer in San Francisco.

“For the most part I’ve been the most successful when I’ve gotten the lead directly,” Glass says.