home / STARTicles / Big Health Insurance Changes Are Coming in 2016 – Is Your Business Ready?

Big Health Insurance Changes Are Coming in 2016 – Is Your Business Ready? 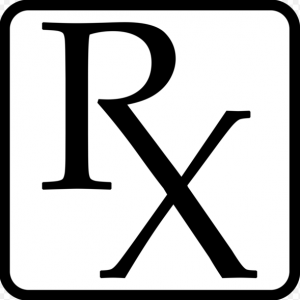 The Affordable Care Act passed in 2010, but that doesn’t mean it’s been consistent since then. A multi-year rollout has meant plenty of changes, and in some cases plenty of confusion for business owners.

2016 will be another year of big changes, and savvy businesses should study up on what’s expected to happen when January 1 rolls around in order to be best prepared 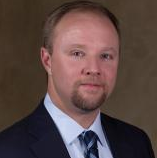 We sat down with Cuatro Groos, a partner with efg&m Benefits to talk about upcoming changes to ACA, and what that will mean for businesses. Groos has been working with businesses and entrepreneurs as an insurance advisor since 2001, and specializes in employee benefits for small and mid-sized companies.

“Very quickly, a number of states, including Texas, said ‘we’ll leave it as it is’,” Groos said. “The rules are very different for small and large group insurance markets. For example, medical underwriting doesn’t factor in to the small group market – those rates are largely determined by factors like demographics and geography. Your claim history has no bearing on the rates whatsoever. But for the large group market, they still allow medical underwriting to be a factor, so your claims history is still taken into account.”

Transitional Relief: Small groups have been allowed to keep the plans they had pre-ACA, if they liked those plans. This is in line with the message we all heard when ACA was introduced: “if you like your plan, you can keep it.” Through something called “transitional relief,” small business groups could renew their old plans from year to year, rather than having to get a new community-rated plan. That’s going to change in 2016; the last renewal date that a small business group is allowed to keep those plans through transitional relief is Oct. 1, 2016.

One major point to consider about this strategy, Groos said, is that a stipend paid toward employees’ individual plans will be taxable.

Also impacting employers opting to pay for individual employee plans is a new rule that went into effect in July that says employers cannot put money toward employees’ plans through a Health Reimbursement Arrangement (HRA). Groos says that if employers decide not to buy a company health plan and to instead give employees a stipend, to make sure they give it as a payroll boost and not through an HRA – otherwise they might be facing large fines.

New IRS Reporting: Some companies with 50 or more employees will be required to do certain ACA reporting to the IRS that they haven’t had to do before, starting with the calendar year 2015. Employees who get W2 forms in January 2016 will also get an IRS form that details their health insurance offering and contributions from their employer through 2015. Employers need to make sure their payroll company, if they use one, is ready for this reporting. “If an employer with 50 or more employees hasn’t determined whether or not they’re required to do this, they need to find that out right away,” said Groos.

What Business Owners Need To Do

For instance, in the past self-funding for health plans was something only very large employers would consider, Groos said. But because health care reform hasn’t really lowered rates, and in some cases has resulted in higher rates, there’s a trend in the market toward smaller companies exploring variations of self funded plan strategies in order to try to minimize costs and expand options.

Groos advises employers to talk to their brokers and CPAs to make sure they understand their fiduciary responsibilities and liabilities.

Employers of all sizes can also drive health care costs down by taking advantage of employee wellness programs. By offering workplace wellness programs that focus on living a healthy lifestyle, employers can access resources offered through ACA plans that allow employers to incentivize and reward employees who participate in those plans. Workplace wellness plans have also been associated with reduced absenteeism and great productivity.