home / STARTicles / Can You Run Your Business on the New iPad Pro?

Can You Run Your Business on the New iPad Pro?

With a public beta release of its new iOS 11 (the final version comes out this fall) and a new version of the iPad Pro, Apple is hoping to convince consumers that the iPad Pro can replace laptops. For anyone running a business, that in turn begs the question “is it now possible to run my business on an iPad Pro?” Here’s a look at what you can and can’t do on the iPad Pro with the iOS 11. 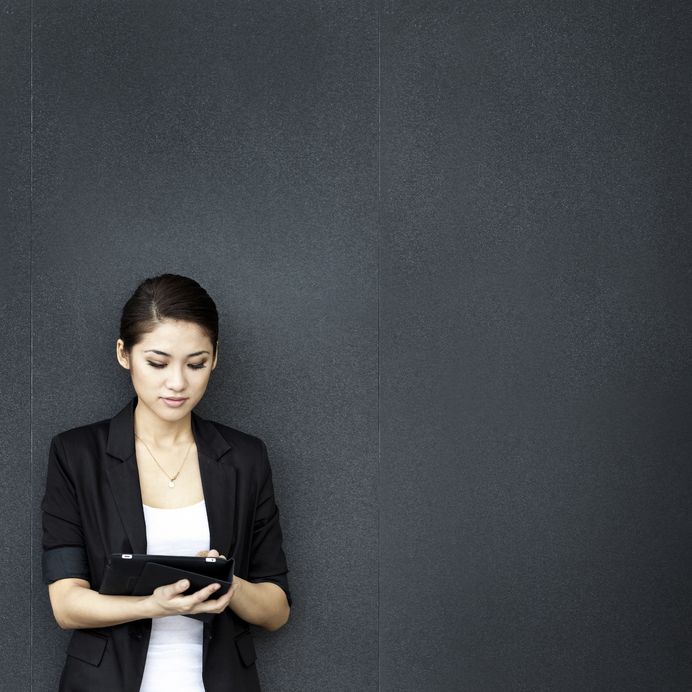 The big themes with the new features are multi-tasking and connectivity. We’re going to take a look at some of the features that would most greatly impact someone using an iPad for business. For a complete list of all the features, see Apple’s site.

Visually one of the first things that you might notice with iOS 11 that makes the iPad Pro feel more similar to a Mac is the new dock. You access this dock by swiping up from the bottom, and you can store your favorite apps there. You can also drag apps onto the screen to view them “floating” next to each other or open them in split screen mode. That makes it easier to toggle between different functions as you would on your laptop, although reviewers of the beta version note the screen can get crowded quickly.

Other new features aim to make a lot of functions more seamless. A new app, Files, lets you search files stored on your device and works with cloud services like Dropbox, Google Drive, and of course iCloud Drive. That comes in handy if you have files scattered across multiple remote storage locations, and expands how much you can do on your iPad.

Then there are the updates to the way you can move content around. With iOS 11 you can drag and drop content between apps, just as you would on a Mac. That may look like dragging images or files right into an email, for instance.

And iOS11 also uses handwriting recognition which is significant because it means you can search for handwritten notes on your iPad Pro. If you’re trying to run a paperless office, this is one more handy tool to help you accomplish that. iOS 11 also claims to make the Apple Pencil more versatile and powerful, with the ability to mark up anything from a PDF to a screenshot. Another boon to those trying to go paperless is the new Document Scanner in Notes. It can automatically sense and scan a document, crop the edges, and edit out imperfections like glare. You can then fill in or sign the document to save or share.

Finally, the on-screen keyboard has one keyboard instead of making you toggle back and forth to access numbers or symbols. You access it by flicking down on a letter key.

Apps and Software: Looking at Your Business Needs

With the ability to do more on the screen, iPad Pro users might find it easier to use apps geared toward business. Those include apps for cloud-based software that serve core business functions like Microsoft’s Office Suite, or QuickBooks Online.

There’s a wide range of standalone business and productivity apps that make the iPad Pro useful for businesses as well: DocuSign for electronically signing documents instead of printing, signing and scanning them; password management like LastPass or 1Password; PDF Expert for reading and editing pdf documents (the Apple pen plays well with this app); and Parallels Access for remotely accessing Windows and Mac files and documents.

There are also myriad design, editing, and modeling apps that make the most of the iPad Pro’s new Pro Retina display, faster refresh rate, and powerful A10X Fusion chip.

This is all good news for businesses that are either using cloud software or who need and want creative industry tools that let them take those functions on the go. But industries that for privacy reasons need standalone desktop software – such as bankers or healthcare fields where HIPAA compliance makes cloud use impractical – may want to think carefully about whether the cloud-reliant, touch screen iPad is the best primary computer for their workplace.

The new iPad Pro comes in two sizes, a 10.5-inch display that starts at $649 for 64 GB of storage and a 12.9-inch display that starts at $799 for 64 GB. For both sizes, a 256 GB and 512 GB model are also available. Accessories like the Apple Pencil ($99) and keyboard ($159 for the 10.5-inch display and $169 for the 12.9-inch display) must be purchased separately. If you were already using a keyboard with an iPad you might need to buy a new one, at least for the 10.5-inch model, as this version is sized differently than the previous 9.7-inch model’s keyboard. There are two camps that have emerged around the smart keyboard, those who are in favor of Apple’s version, and those who advocate going with a third party. A good argument for buying a non-Apple keyboard is the cost: it’s possible to find a tablet-compatible keyboard case for as little as $32. Some third-party keyboards also have tactile keys that are closer to those on a laptop and give you the ability to control screen brightness and volume. The Apple smart keyboard has convenience on its side, with its ability to instantly connect to the iPad. That means no charging or pairing worries.

With all that considered, an iPad Pro isn’t necessarily going to run less than a laptop. Although Apple is pushing the idea that the new iPad Pro is as powerful – or more so – than a laptop with its A10x chip, so you might not expect it to cost less than one. Compare it to the 13-inch MacBook Air, Apple’s least-expensive laptop: that computer costs $1,199 and features a 256GB hard drive. If you spring for a Wi-Fi only 12.9” iPad Pro with the same size hard drive, plus the Apple keyboard and pencil, the total comes to $1,167.

There’s been a lot of buzz around the powerful one-two combo of the new iPad Pro and iOS 11, with little doubt that the new releases represent the biggest jump forward yet for the iPad. While there have undoubtedly been Apple devotees and pioneers who used the iPad instead of a laptop before now, most reviewers agree that with the recent upgrades doing so is now much more feasible and enjoyable.

Reviewers have also noted a few limitations, however. One source of frustration with the 10.5-inch model has been the Smart Keyboard, which is a smaller version of the keyboard that came out with the original 2015 iPad Pro. The keyboard itself has limited functions, with no home button to get back to the home screen and no controls for brightness and volume. With less space, it’s also not easy to type on. (See above for more on third-party keyboards.)

There have been some complaints around the split view as well, mostly around the clumsiness around making that feature work smoothly via the touch screen.

Another big limitation is the lack of a mouse or track pad. If you’re going to use the iPad Pro, you’ll have to be comfortable doing tasks like working in a spreadsheet or selecting blocks of text, on a touch screen or with the Apple pencil. Nor does the iPad Pro have a USB port, which transferring files or connecting to accessories will at best, require a special adapter or at worst, not work at all.

With more power, more connectivity, and more cooperation between apps and the cloud, the iPad Pro and iOS 11 definitely offers something not seen before from the iPad family.

Whether or not it’s right for you as a laptop replacement depends largely on how comfortable you are navigating and re-learning touch screen functions that may still have some kinks to work out. At least in these early days, there is some awkwardness in the touch interface that’s meant to replace a keyboard and mouse. If you’re really interested in the iPad Pro as a laptop replacement and multi-tasking tool, those are important points to consider.