Coalitions and Lenders Seek to Promote Transparency in Alternative Lending

In this series on small businesses and alternative lending, ChooseWhat spoke with a number of economists, lenders, and policy experts. This article is based on interviews with two active advocates for responsible alternative lending, Tom Sullivan and Carl Fairbank. Sullivan is the former Chief Counsel for Advocacy in the Small Business Administration, and now leads the Coalition for Responsible Business Finance (CRBF). Fairbank is the CEO of online lender Breakout Capital Finance LLC, one of the companies that is a member of the CRBF. Here are the two previous articles: Small Business Alternative Lending: What you need to know and Small Business Alternative Lending: Perspectives from recent Federal Reserve studies. 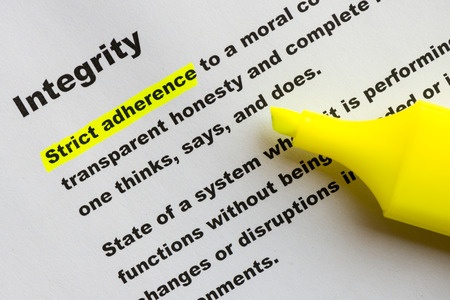 Carl Fairbank, a former investment banker to the alternative finance market and founder and CEO of Breakout Capital Finance LLC, is passionate about transparency and education around the alternative lending market.

Banks have restricted their lending to small businesses significantly in the last few years –loans from the 10 largest banks issuing small business loans declined by 38% from 2006 to 2014, according to the Wall Street Journal. Bank loans also take more time to obtain, sometimes up to 60 days.

“If your oven goes down in your restaurant, you can’t wait two months for a bank loan,” Fairbank says. “Fast capital is important. This a is new source of capital that didn’t exist on a mainstream basis a few years ago.”

Alternative lenders like Breakout Capital provide a preliminary offer within 24 hours, and typically fund within three to seven days.

“There are no business plan requirements or endless data request lists, and the amount of time commitment by a business on obtaining financing is much faster,” Fairbank says. “The alternative lending market can service a wide variety of credit profiles, allowing unbanked or underbanked borrowers to obtain the capital they need to grow their business.”

But it’s not just faster access to capital that has made alternative lenders an appealing option.

Tom Sullivan, executive director of the Coalition for Responsible Business Finance, a group of five –and growing – alternative lenders that includes Breakout Capital, says within the alternative lending market different lenders have different focuses. While one may specialize in working capital term loans, another may offer factoring solutions or focus on line of credit products. And some specialize in loans for small businesses that wouldn’t qualify for a bank loan.

“If there’s a business that doesn’t have business receipts that it can give a bank, or that knows it will be successful but the credit isn’t great – there’s a public policy argument that a non-traditional loan makes that small business owner bankable,” Sullivan says. “That by getting the $30,000 loan and paying it back on time, you start developing a credit history that puts you on the credit ladder to getting a FICO score or a bank loan.”

The variety of services offered by alternative lenders – and the fact that they will work with small businesses that wouldn’t be able to get bank loans – means better options for small business owners, Sullivan says.

“The products are trying to serve the different needs of small businesses, so there’s going to be variety,” Sullivan says. “When there isn’t variety, you’re forcing small businesses into a credit product that may not work for them.”

While Sullivan and Fairbank are confident that alternative lenders offer valuable services to small businesses, they’re also aware that there’s wariness about some non-traditional products, as well as a few “bad actors” who don’t use best practices in the industry.

That’s one reason the CRBF formed; its mission is to bolster the credibility of the growing alternative lending market through education and through responsible practices, Sullivan says.

And in fact, the CRBF members embrace the idea of a federal regulatory structure, Fairbank says. They hope that when federal regulation is shaped that it is based on direct input from the small business community and organizations that represent them, consistent with any existing state approaches for increasing disclosure and transparency – such as reciprocity for licensing and database requirements – and centralized with a principle federal regulator that is sensitive to the needs of small businesses.

Fairbank says that there are lenders that engage in what’s known as “double dipping,” one of the practices that his company and the CRBF say is a hidden cost and warrants increased disclosure. Double dipping means unpaid interest, or the remaining amount of the contract if the product is a cash advance, is accelerated and deducted from the amount sent to the merchant

“Double dipping can introduce customer confusion about the true cost of the financing and even more confusion of the effective cost to the obligor at the time of refinancing or renewal,” Fairbank says. “Breakout Capital has a taken a firm stance against double dipping and we will never double dip our customers – however, to the extent a company does double dip, clearly disclosing the true costs and mechanics of these kinds of transactions can prevent customers from being misled about the actual costs of the financing.”

Beyond that, best practices – such as working with businesses to determine the right amount of capital for their business – increase transparency and help businesses grow and stay healthy.

“Before we even consider funding a deal, we do what we call a ‘suitability’ test to identify products we believe the merchant would qualify for and which product type would fit best for their business,” Fairbank says. If we believe we can help them access a lower rate or longer term loan than we could offer, we will help them access that — while this sounds like a common sense business practice, unfortunately it isn’t — every time we send away a deal we could have funded, it costs our business money; but finding the right product for the merchant is our top priority, even if that means we aren’t the ones providing funding to the merchant. Our company was built with a model of transparency and best practices, and we will always operate in the best interest of the small business.”