How Does Microsoft’s Surface Pro 2 Compare With MacBook Air?

Microsoft’s Surface Pro 2 launched recently, and so far it’s generated a lot of buzz. The newly updated PC is sometimes described as a tablet, although it really encompasses tablet, laptop and desktop features. There have been plenty of comparisons between the Surface Pro 2 and Apple’s newest iPad Air. For all the tablet talk, however, Surface Pro 2 is probably more comparable to the 11-inch MacBook Air.

Below is a side-by-side look at the Surface Pro 2 and MacBook Air to help you decide which machine is best for your needs. 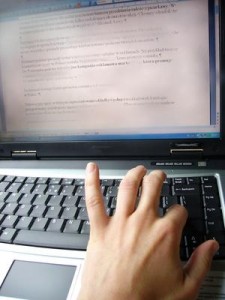 Design: Both the MacBook Air and the Surface Pro 2 come in at very similar weights, although the Surface Pro 2 has a bulkier look to it. Surface Pro 2’s adjustable kickstand lets you switch between using it at a desk and using it on the go as a laptop or tablet, and reviewers have given good marks for its comfort in laptop mode.

Surface Pro 2’s Touch Cover 2 has been redesigned to feel more rigid than its predecessor, although it reportedly still has some bend to it. The Surface Pro 2 keyboard covers also have a new space bar gesture that allows you to quickly choose from spelling recommendations when you make a typo.

MacBook Air, like other Apple laptops, has a relatively large trackpad on its keyboard. It’s also gesture responsive, making it as close as a trackpad can get to touching what’s on the screen. Surface Pro 2 has received some not-so-friendly reviews about its trackpad, particularly when it comes to difficulty with double-clicking and dragging. However, Surface Pro 2 has a touchscreen, so the trackpad is not the only way to highlight or move things around on the screen.

Battery Life: The MacBook Air wins out here, with nearly twice the battery life during continuous use as the Surface Pro 2 – 12 hours versus 6 and a half.
Operating Systems: Both Apple and Microsoft recently released updated operating systems. The Surface Pro 2 came out in time to showcase Windows 8.1, and on the Mac side, there’s OS X Mavericks.

Windows 8.1 has reportedly addressed many of the complaints users had with Windows 8, including bringing back the Start menu. It’s an operating system that works for both traditional PC’s and works on a mobile touch screen. For those who like Windows just the way it’s always been, 8.1’s look may be disconcerting.

Mavericks is very similar to its predecessor. It features more support for multiple displays and includes some new features like a Maps app. For the most part, though, Apple is keeping its mobile and desktop operating systems separate. Read more here for a more comprehensive comparison of the two operating systems.