home / STARTicles / How Many Generations can Co-Exist Within One Workplace?

How Many Generations can Co-Exist Within One Workplace?

Small business owners probably employ people from three diverse generations. Since each generation has its own set of beliefs and is driven by different motivational factors, how can you possibly combine them all into a single cohesive team?

Properly managed, a mixed-generation team can be stronger than a group that falls into a limited age range. Your job is to understand the character traits of each generation and then take a synergistic approach that uses individual strengths effectively. 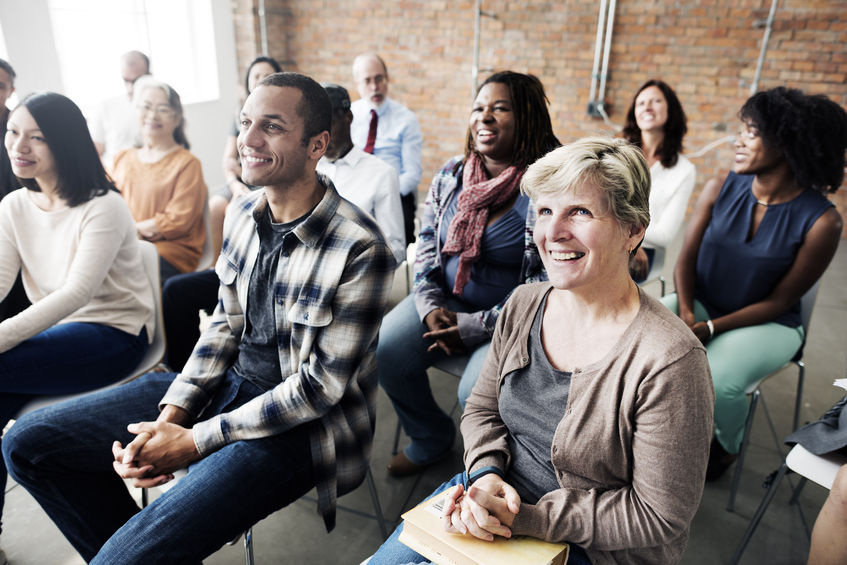 Develop a Strong Understanding of Each Generation’s Common Traits

The friends that you grew up with all shared a generation, but you all had individual character traits. In other words, don’t expect every baby boomer, member of Generation X (we’ll call them Gen-Xers) or millennial on your team to fit within the same precise mold. Still, due to similar values received during their upbringing and educational experiences, they likely share many similar traits.

Before you can figure out how to get them working as a team, it helps to learn how each generation generally operates within the workplace.

You can’t beat Boomers when it comes to reliability and productivity. They will work as long as needed to get the job done, and they are not known for job jumping, so you can consider them to be more loyal than younger generations. When it comes to money, they typically make every spending recommendation as if the money would come out of their own pockets. In addition to all of these pluses, they tend to mentor other employees well, and they are known as team players.

Oddly, in spite of their reputation for being team players, Boomers are not known for their collaborative abilities, or for their technical wizardry. And, since they are not terribly adaptable to change, their motto might be, We’ve always done it this way.

As far as compensation goes, Boomers expect reasonable paychecks, and it’s no surprise that they have a strong interest in perks, particularly when it comes to health care and retirement.

Perhaps because this age group falls in the middle range, they seem to strike a happy medium between the other generations. On the plus side, surveys indicate that they are seen as far and away the best revenue generators, problem solvers and collaborators. They also excel as brand ambassadors and relationship builders, while their high adaptability ratings make them open to change.

Still, this generation is not seen as having relatively moderate technical skills, and they don’t worry about how much company money they spend (given the chance). When it comes to perks, they seem to value job flexibility (including things like flex time and working at home) more than anything other than the number on the paycheck. They are more likely to leave if the work environment is too rigid.

This generation generally gets a bad rap just because they are young and idealistic, and they are likely to leave companies that don’t meet their expectations. But, they do have pluses. They excel at anything technical, making them natural supporters of high-tech solutions that can save time and increase accuracy. And, their knowledge of social media makes them naturals within this arena. Surprisingly, they are seen as having high enthusiasm levels regarding their jobs.

On the downside, millennials are not known as being team players, hardworking, or highly productive. They generally seem to view two years as long enough to work in many jobs. And, with such a strong connection to technology, don’t expect them to be great communicators.

When it comes to compensation, this generation is also most interested in good pay, but they seem to have a very high interest in getting promoted, as well.

At this point, you probably recognize that these generations are very different from each other. You can’t imagine that they can even exist on the same planet, much less work well together. The key to developing a synergistic team is to put people together in ways that takes advantage of their differences.

Let’s see how the generations might work together to implement the use of new technology:

I should mention another benefit of the Boomers. When the power goes out or a server fails, these are the people who remember the old ways that can help get products out the door until repairs are complete.

Take an Individualistic Approach to Management

Boomers want honest, regular feedback; millennials want praise, and Gen Xers fall somewhere in between, so how do you manage such a diverse group? Sorry to tell you this, but you have to manage every employee as an individual (which is what every employee really wants, anyway).

You spend a great deal of time with your team members, and you should know them as well as you know friends and family. If you think before you speak, you will know what works. Even as a small child, I knew that saying, “Mommy, where did you put my slippers?” unleashed a tyrannical response. When I politely asked for her help in finding them), we got along just fine.

This does not mean that you should create separate programs to suit each employee’s preferences. By all means, conduct the same annual review program for all, and correct errors as needed throughout the year. As a general rule, however, if you take a more collaborative approach with each person, you will get your message across without too much stress, while teaching them how to interact with you, too.

I recently heard about a concert that blended amateur musicians between the ages of 7 through 77 with professional members of the Chicago Philharmonic Orchestra. With only two hours of rehearsal time, this diverse group performs at a variety of venues, apparently adding new ones each year.

Talk about diverse generations! Yet, the conductor manages to corral everyone in order to create music that audiences want to hear. Granted, every musician’s love of music creates a high level of motivation. But, it’s also about mutual respect between musicians and the conductor. You may not have a baton, but with a bit of effort, you can corral your diverse work force to create beautiful products and services for your customers.