Overcoming the Naysayers: Karina and Jared 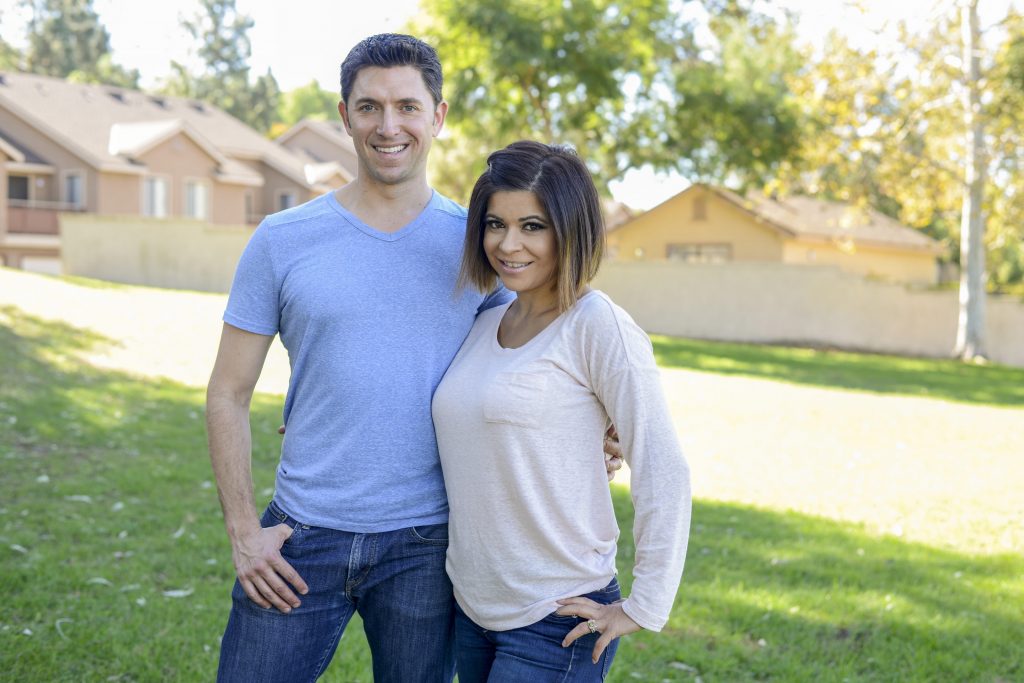 What did you do before you started your business and how did you feel about your work?

I still have my day job and I love going to work.  I am the Division Manager for a company that sells construction supplies. The expertise my day job has given me is part of the reason for the success of the Hang-O-Matic product.

Your husband Jared invented the Hang-O-Matic. How did he come up with the idea?

Jared was in college and moving apartments often. Every time he moved, he hung pictures and made unwanted holes. The apartment management company always kept a portion of his down payment to cover for the damages of those unwanted holes in the walls. The next apartment he moved into, he thought: There has to be a better way!

Why did you decide to market the product?

When I met Jared, I was single and living alone. Just days before we met I had been hanging up a shelf and I had damaged my bedroom wall really badly! I couldn’t line up the second anchor with my nail, and I was so frustrated that I continued to just randomly move my nail around in the wall to find the right place. After hours of trying and placing so many holes in my wall that I ended up with one huge hole, my wall had to be patched by a professional.

So when Jared showed me the prototype for the Hang-O-Matic, I was so excited about how easy and accurate it was that I thought people all over the world would benefit from it. And they do!

You mentioned that you conducted a focus group before you marketed the Hang-O-Matic. Tell me about the focus group and how that went.

We met an inventor/entrepreneur that invented picture hanging hooks, and he was very interested in investing in our product and helping us get into retail stores. He offered to hold a focus group to hear people’s thoughts before we moved forward.   Some comments were positive but most were not.

What were some of the comments you heard when you told people your idea? Which comments were hardest/most discouraging to hear and why?

We heard things like, “It’s nothing but a ruler and a pencil!” and “Why pay the extra money for this?”

Since the Hang-O-Matic was a new product, it was difficult for people to understand why it was so useful.  However, the focus group was around a table. They didn’t get to actually use the product and compare that to what it’s like to hang a picture with just a tape measure and a pencil. The Hang-O-Matic includes everything necessary to hang a picture in just one tool.

Another comment we still hear a lot is: “This has to be made in China.”  It makes me sad that so many manufacturers and distributors think making something in another country is the only way to be successful. We are going to prove that we can make something in the USA and still be successful!

Why did you move forward with your plans to market the Hang-O-Matic despite the negative comments? Where did you find the courage to ignore the naysayers?

I found a very large trade show where we could exhibit the Hang-O-Matic. It was a lot of money to attend, but I convinced my husband to take money out of the kids’ college fund. I thought it would be best to go and meet with these retailers and hear their thoughts on the product. These buyers are the ones whose opinions really matter because they know what the market needs and wants.  At the trade show, Hang-O-Matic was well-received and buyers from all the retail stores we spoke to were very excited about carrying it. That gave us the confidence to move forward with manufacturing.

We feel very excited about the decision to manufacture the Hang-O-Matic. We took the risk and thought it was going to be a successful product because a majority of the population finds it difficult to hang anything on their wall. We put blood, sweat, and tears into it and now it sells in 3,500 retail stores and we are adding another 2,000 this summer with a major big box hardware store.

What advice do you have for people who want to venture out on their own and follow their dreams but are getting lots of push back from those around them?

Turn off the noise. If you are passionate about your idea, then go for it!