home / STARTicles / Why is Uber So Much More Valuable Than Lyft?

Why is Uber So Much More Valuable Than Lyft? 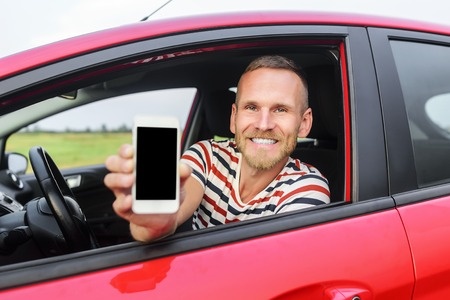 Of all the industries experiencing growth and change, perhaps none is as interesting to watch as the transportation sector. Technology is leading to rapid disruptions in that space, from city planning to private vehicles. Among those disrupters are transportation network companies (TNCs), many of which have influenced businesses outside the transportation industry. Two names in particular are synonymous with ridesharing: Uber and Lyft.

But a closer look at both companies also raises questions, especially for entrepreneurs studying them for clues to success. Both offer nearly identical services and operate in similar markets – so why is Uber valued at $62.5 billion, while Lyft is valued at $2.5 billion?

Business experts say investors’ approach to tech innovators, the way each company entered the market, and even branding may account for the difference in valuations.

Rob Adams, director of Texas Venture Labs at the McCombs School of Business at the University of Texas at Austin, says part of the reason Uber has raised so much money is because investors are eager to put private capital toward a company that’s dominating in one space.

“People say Uber could be the next Google,” Adams says. “Rather than the public markets getting the markup, they’re giving to them privately now. And when that happens, all the money tends to go to one player….there’s enough people with large amounts of money and funds chasing returns, and they will take a risk. In their view, the risk-adjusted return is very good. And you can compare that with public markets, which are up, down, and sideways.”

Hart Posen, a professor at the University of Wisconsin School of Business, says Uber also did a better job of getting the necessary momentum in each new market it entered.

“The ride sharing business is a two sided market in the sense that Uber needs to attract drivers and passengers,” Posen says. “The value for passengers is a function of the number of drivers, and the value for drivers is a function of the number of passengers. Thus, there is a substantial network effect. The challenge – the very hard challenge – is to get the system started. It is a chicken and egg story (drivers and passengers). Uber was able to raise a lot of capital with the intent of making early rewards to driving very high and early cost of being a passenger very low.

“This required a lot of capital, particularly because it needs to be done in all major metro areas (which are functionally independent competitive markets – winning in Chicago does not help much in terms of winning in LA). Uber recognized this earlier than Lyft (or managed to get it started earlier – hard to say from the outside). Notice that given the number of passengers who have come to use Uber, the payments to drivers can then be decreased (because the drivers will come anyway because Uber has all of the passengers). In general, in these two-sided platforms, it is not the first entrant that wins, but rather, the first to really kickstart the virtuous cycle.”

That’s something Bryan Clayton, CEO of GreenPal, echoes. Because Uber executed more rapidly on fundraising and geographical expansion, they locked in local network effects in their markets, then pursued that cycle to drive down costs to the consumer, Clayton says.

Maybe it was because of that early velocity that Uber’s brand became an adjective and verb, which helped cement its place in the market. It’s not uncommon to hear someone say that they “will Uber to meet” someone or that another company is “the Uber of” their industry.

Many experts also say that branding may play a large role in the way both companies are perceived.

Aaron Keller, managing principal with Minneapolis design firm Capsule, says that in addition to Uber creating greater velocity in more markets than Lyft, Lyft lost some early momentum because of the requirement that drivers put pink, fuzzy mustaches on the front of their cars, which may have limited the drivers willing to participate.

While Uber created a slick, professional image, app experience, and a social media voice, Lyft’s brand became centered around a cartoonish Millennial-centric presence, says Nicholas Kinports, vice president of Social Media and Content Director for LonelyBrand. Beyond the pink mustache, there was the expectation that riders sit in the front seat and fist-bump their drivers.

“Business users have widened and maintained Uber’s lead over Lyft,” Kinports says. “Time will tell if loyalty holds out as Lyft “de-millenializes” their marketing message.”

What lessons, then, should entrepreneurs take away from both TNC companies? One is obviously the power of branding. Uber made itself a household name, and was partly able to do so because of its slick and sophisticated brand image.

Another, Adams says, is simply capturing large amounts of market share early on.

“If you can find an opportunity to grow a user base and produce a valuable service, you’ll be up there with Uber, Snapchat, and others,” Adams says. “But it’s about execution and the ability to capture revenue – and not whining about why you can’t be Uber.”

However, Adams notes that just because one business is viewed as the winner in a market doesn’t mean there’s not room for a number two player. Lyft’s valuation may be smaller than Uber’s, but it’s still a successful service that’s made its presence known. Proof of that may be in recent discussions cities across the U.S. have been holding around regulations, and how and to what degree to regulate TNCs.

“I think it’s really interesting that a lot of cities are up in arms about Uber and Lyft,” Adams says. “Notice that it’s never just Uber, it’s always Uber and Lyft.”