Entrepreneurialism in the heart of Texas – Austin Startup Week

Austin Startup Week, now in its seventh year, will take place this year from October 9 – 13. From educational panels to meetups and workshops, it’s a great opportunity to learn about the startups taking shape in Austin and the people behind them. The event is free (although this year attendees have the choice of making a donation that will support pre-accelerator DivInc) so the focus is on networking and learning, not flashing badges. 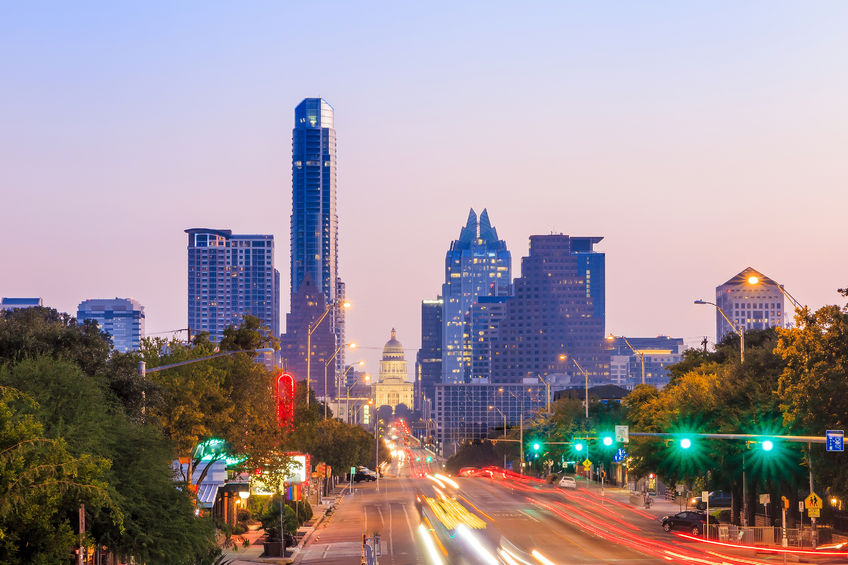 We talked to some of the event presenters and startup gurus to get a sense of what trends to keep an eye on at this year’s event, and which panels and meetings should not be missed.

MediaTech Ventures founder and self-professed growth architect Paul O’Brien will be doing several talks as well as running podcast interviews at Galvanize (Galvanize and MediaTech just announced a collaboration to open a recording and podcast studio in downtown Austin for public use.)

O’Brien says that Austin is beginning to develop its own core strengths in innovation, separate from the identity of Silicon Valley or other innovation hubs. This week’s Austin Startup Week schedule shows an increasing focus and commitment to those strengths, he says.

“So what is Austin’s [set of core strengths]? I see data science, media, and CPG [consumer packaged goods like cosmetics or frozen meals]/restaurant innovations,” O’Brien says. “And if you think about it, those industries are rather characteristically Austin. Data science stems from our previous predominance in semiconductor and enterprise software. Austin has exceptional experience in now leveraging data, thanks to the internet, in a variety of ways.  Media stems from being a music capital but far more that, we’re a podcasting capital, Conde Nast digital is here, SocialMedia.org is here, EA, Rooster Teeth, and The Chive. Austin knows the media industry. And Deep Eddy and the food trucks are well known examples [of food innovation] but with Whole Foods and all that Amazon is doing here, if you’re working in consumer products or food & beverage, Austin is a great home.”

Data science is a combination of scientific fields that brings together areas like statistics and data analysis to better understand what data tells us about trends and events.

Along those lines, MediaTech Venture is co-hosting a group of media industry thought leaders including the Austin American Statesman’s Omar Gallaga and Lyn Graft from Storytelling for Entrepreneurs. The goal, O’Brien says, is to expose and share with Austin the breadth and importance of media in all forms.

During Startup Week, the new Studio for Startups is also hosting interviews with venture capitalists, journalists, founders, and local leaders, O’Brien says. While it’s not technically an open event, he says people who are curious can come watch. The studio will be producing the week as a series of podcasts for Austin.

Another event O’Brien recommends is taking place Tuesday night, and addresses how current politics are affecting tech startups. It’s a “discussion that I think is critically important given all the city has been involved with regarding debates over ridesharing and short term rentals in a challenging sense; and fostering innovation in a supportive sense, as well as how it pertains to federal legislation issues,” O’Brien says.

Ashley Conway, who works with AI startup NarrativeDX, a platform that shows patient reviews and commentaries about hospital experiences in real-time, echoes O’Brien’s point about data science emerging as a big theme this year in Austin – and beyond.

“My colleague, Tad Turpen, will be speaking about how data science improves the patient experience and outcomes alongside leaders from Baylor Scott & White Health, CognitiveScale and NVIDIA at Galvanize,” Conway says. “It’s a super interesting topic, especially since data science is one of the major keys to solving our healthcare industry’s biggest problems. The speakers are from a variety of different companies, and ours is the entrepreneurial perspective.”

Beyond data science, health tech in general is having a big year at Austin Startup Week – hardly surprising given the new Dell Seton Medical School’s presence in Austin.

Diversity is also emerging as a theme in this year’s event. Veronica Martinez, founder of the Better Beehive Project, is a co-organizer of ATX Hispanic Hackers. That group will have an event at Capital Factory during the week. And a Diversity in Tech panel and an Austin Diversity in Startups showcase are also taking place during the week.

The Internet of Things (IoT) is another nationwide trend that will have some local representation during Austin Startup Week. Kevin Cassidy, an account executive with IoT company ClearBlade, says it’s not just IoT itself but technologies that work with it and enable people to use it in new ways that are trending among startups in Austin and beyond. One of those is Edge Computing, a method of collecting and processing data right at the source of that data, without sending it to a central datacenter.

“That could mean, for example, using sensors to capture data at the edge of a manufacturing jobsite, and process it locally, before it’s sent to the cloud,” Cassidy says. “IoT isn’t brand new, it’s over 20 years old, but providing insight into those systems is really what this IoT transformation is about.”

ClearBlade, which provides platforms for manufacturing and industrial businesses, will be participating in the Austin Startup Crawl.

Finally, it wouldn’t be an Austin event without the Battle of the Tech Bands. The event is a competition between company bands from some of Austin’s tech companies, including Spredfast, ClearBlade, Visa, AktaryTech, RetailMeNot, ShipStation and Indeed. Barbary Brunner, CEO of Austin Tech Council, says “because it’s Austin, and we have a unique relationship between the tech community in the music community, these folks are really pretty amazing.”