home / STARTicles / Google Calendar Sync Is Going Away – Now What?

Google Calendar Sync Is Going Away – Now What? 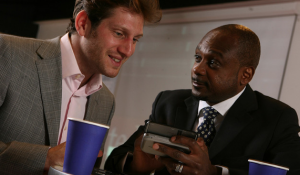 Almost two years ago Google announced that its Google Calendar Sync app will be going away, and now that day is approaching. On August 1 the app will no longer sync events between Google Calendar and Microsoft Outlook Calendar.

Needless to say, that’s left some people frustrated. Some Android phone users have worried that they will now be unable to sync work Outlook calendars to a mobile device (although Android phones can natively sync to Microsoft Exchange servers, so users should still be able to sync Outlook calendars). Others were frustrated that Google seemed to be getting rid of a service that had worked well for no apparent reason.

If losing that syncing ability has you worried, there’s good news: gSyncit, a Microsoft Outlook add-in created by Fieldston Software, syncs Outlook with Google Calendar as well as a host of other programs.

If you’re scrambling for a Google Calendar Sync replacement before the August 1 deadline, it’s worth noting that Fieldston has temporarily recalled the latest version (V4) of gSyncit due to a number of issues the company says surfaced after its July 7 release. However, V3 still works well, and is available for installation. Fieldston says it will re-release V4 once those issues have been addressed. For anyone who has purchased a gSyncit V4 license in 2014, it is a free upgrade.