home / STARTicles / What Businesses Need to Know About Software Licensing

What Businesses Need to Know About Software Licensing 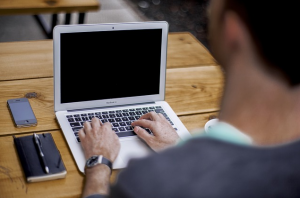 When it comes to the legality of software installations, things sometimes don’t come across as black or white. Take, for instance, the idea of installing a product labeled for a certain type of use on a computer not used for that intended task.

Most people might agree that downloading a copy of the company’s Microsoft Office software onto a personal computer would pretty clearly be unethical. But the lines get fuzzier when you’re talking about using personally licensed software in a business setting.

Microsoft Office’s Service Agreement for its “Home” product says this:

The issue primarily comes down to how many computers you’re licensed to install or use the software on. This is the case for any legally purchased software, not just Microsoft’s. But even if you’re licensed to install software on more than one computer, using home software at a business would be a violation of the service agreement. Microsoft says of its Home software “The service/software may not be used for commercial, non-profit, or revenue-generating activities.”

That means, according to Microsoft, a program like Home 365 cannot be used for business.

While it may seem far-fetched that anyone, especially a small business, could get caught for one extra install or for using home software for business purposes, it does happen. Organizations like the Business Software Alliance offer hefty rewards, sometimes up to $50,000, to whistle-blowers. The fines can be costly for businesses.

The bottom line is that it’s worth it for businesses to follow the rules when it comes to software, and use software only as it’s intended without trying to cut corners.