home / STARTicles / What Does Thinking Outside of the Box Really Mean?

What Does Thinking Outside of the Box Really Mean?

In 2016, Elon Musk’s Space-X announced plans to go to Mars, and many people smirked at the unrealistic pipe dream. Now that the company anticipates a trip by next year, we credit Musk for thinking outside of the box. Since I think this term is overused, I’m going to refer to this as unconventional thinking for the rest of this article.

This kind of thinking is essential for anyone who runs a business, from multinational corporations to one-person startups. For small business owners, however, it can make the difference between struggling and achieving success. So, let’s look at its importance in your daily business life. 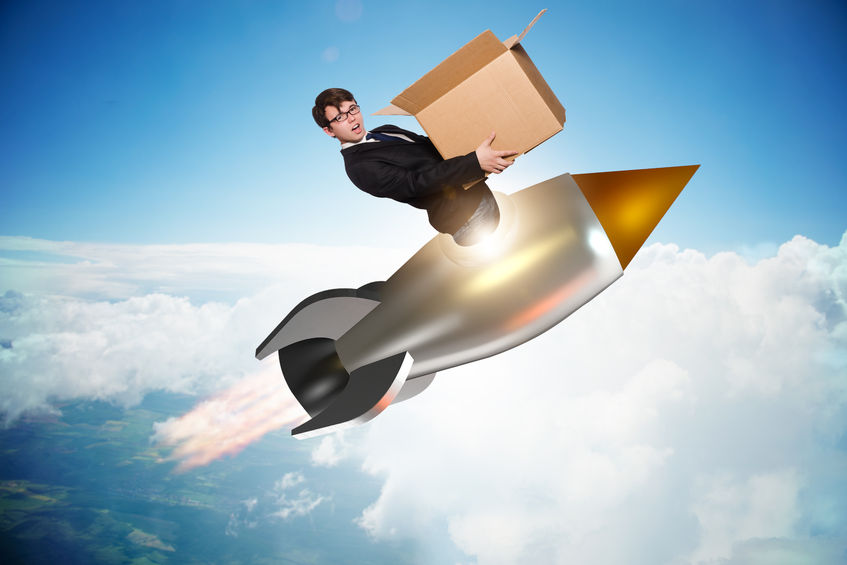 Lists are pretty darn conventional, but this one will help you learn the elements that can help broaden your thinking.

All things in life have rules. Aside from those that keep you safe or out of jail, you think more creatively when you ignore them — at least temporarily. Thinking unconventionally involves starting with ideas that establish a general direction while ignoring the rules. You can go back and apply the rules as you develop an implementation plan.

A simple example: You make the best craft beer on the planet, but buyers seem to be avoiding it. You consider putting cartoon characters on the label to attract attention. The rules state that adult products that attract children are verboten, but the labeling idea still has merit. Look at other colorful craft beer labels on the shelves. Then create a label that outshines them with brighter colors that catch adult eyes — and a really clever slogan.

Seeing the whole world rather than just your part of it

It’s common to look at similar small businesses to learn what you need to do to keep up with the competition. This kind of thinking will not take your business to the head of the pack. Look at businesses in other industries to generate broader ideas.

Let’s say that your accounting firm needs to do well year-round, rather than just during tax season. While monitoring the news, you see that one bathing suit company is participating in a January apparel trade show … held in northern-most Alberta, Canada, no less.

As a savvy unconventional thinker, you also start using off-season times to participate in trade shows or other events so that you can demonstrate how your firm helps clients manage and plan their wealth year-round. Ka-ching!

Considering things beyond your natural biases

You probably have certain intrinsic likes and dislikes, but, in a changing world, you should explore the dislikes more closely before rejecting new ideas.

Here’s an example from my own life. I’m almost always in front of a computer, but I love paper. For many years, I’ve used old-fashioned planning books to control my to-do lists. Recently, I stumbled upon a free electronic to-do list organizer, so I decided to ignore my biases and give it a try. After working in parallel with the paper system for a few weeks, I now notice that my book pages are empty (except for phone-time doodles) — and I’m better organized than ever before.

Making “we’ve always done it this way” a prohibited phrase

Don’t you just hate hearing that phrase? People who say it have given up. The world is in a continuous state of change, so the processes that worked well in the past may be overdue for a face lift. You just have to open your mind to it, and encourage everyone on your team to do the same.

Perhaps your Customer Support representatives come to you because they cannot keep up with the influx of calls that seem to pertain to just a few issues. They’ve always handled every issue personally, and they are proud of that fact. But, they just don’t have time to make sure that repeat issues are resolved elsewhere in the company.

Maybe they reviewed my STARTicle, Customer Support Should Support Your Entire Company, so they know that a good software system could help them track calls and instantly get the word out to everyone in your company. You recognize that doing things using old, familiar ways is causing problems for your customers. Knowing that a digital assist will make a difference, you get your Customer Support team involved in every step of software selection and implementation. Thereafter, the problem is solved without skimping on personalized service!

You can’t fail just by thinking of something, so don’t let uncertainty get in the way of seemingly-outlandish ideas that could lead to major success. When a tempting idea poses high risk, spend some time massaging the risk out of it.

Let’s say that you want to develop a brand new product for your line. There are plenty of risks, but you can control them. If you’re concerned that the product will not grab customer interest, maybe a focus group or survey of current customers can help alleviate your worries. If you believe that someone may have already developed the product, then a patent search can help ease your mind. And, if the product exists, maybe you can arrange to buy the product for your line.

You can’t eliminate all risk from unconventional thinking. You may even fail in the planning or implementation sometimes. But you have more control than you think.

Encouraging Your Team to Think Unconventionally

“There’s no such thing as a stupid idea” is another overused sentence, but everyone on your team needs to know that you believe it and welcome unusual suggestions. Of course, it’s even better if those thoughts aren’t half-baked; if they can also present practical steps on how to execute those ideas, their efforts might be reward-worthy.

Take Some Lessons from Elon Musk

Bringing this article back around to its inspiration of Elon Musk — the news is full of stories about his ambitious ideas, and I admit that his latest venture involving embedding computer interface-enabled chips into the human brain seems pretty out-there to me. But, he’s extremely successful, thanks largely to extremely unconventional thinking. I’m sure that he’ll have the last laugh when I sign up for the Beta test.